We’re almost there! Stay tuned every day this week for more updates and information! For now, a little bit about it!

Ryan Russell, RYANTIME TV’s creator and host, is a recognized name and personality with a 24 year performance history and he’s decided it’s time. Time for a fresh, sexy, and playful take on the personality interview show with a decidedly gay twist. Incorporating activity-based interviews, performances, and variety show entertainment that celebrates dynamic personalities and talents, everything runs on RYANTIME starting January 12, 2015!

Audiences join us live, every week on Tuesdays at 8:30PM at Woody’s in Toronto for the tapings! Then through 50 weekly episodes available Mondays with behind-the-scenes and bonus clips and editorial, delivered through RYANTIME TV! All completely free.

RYANTIME TV is recorded weekly in Woody’s, located in the heart of Church-Wellesley Gay Village.

Since opening in 1989, Woody’s and its brother bar Sailor (located next door) have become Toronto’s busiest and hottest gay men’s bars. A large and cavernous complex with five bars, Woody’s features nightly D.J.’s, men’s contests Thursday through Saturday (Best Chest, Best Ass, Best Legs), a pool table and 21 video monitors showing some of the sexiest images around. Woody’s enjoys added recognition for being featured in the popular television series “Queer as Folk”. 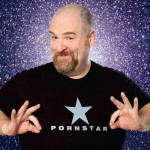 Heard daily in Toronto hosting Your Morning With Richard& Chris on 103.9 PROUD FM and seen weekly across Canada on This Week On OUTtv on… OUTtv. Richard’s eclectic humour has also been featured on NBC’s Last Comic Standing, CBC Radio 1’s Accent on Toronto as well as many TV and movie productions. In-between all of that,
Richard can be seen live working the comedy circuit throughout Canada and the United States.

This site uses Akismet to reduce spam. Learn how your comment data is processed.